Now is a great time to start
Music Lessons

CLICK HERE to Learn More About our Teachers, View Available Lesson Times and Register! Or Call Us at (203) 748-1444

Would you like help choosing a teacher and schedule?
Click Here to Complete an Information Request Form

It’s all about learning, playing, and sharing the love of music at the Music Learning Center (MLC). If you’re seeking exceptional music education in classical, pop, rock, blues, jazz, hip-hop, and everything in-between, MLC is the place to go. “Music is an important part of a child’s life. Our total focus is on education. Seeing other students come in weekly can inspire their fellow students and encourage them to make a commitment to learning and practicing,” said Director Jeff McGill. “I’ve always felt music’s importance in my life. Studies have increasingly shown music can have a positive benefit and definitive value on a child’s development.” >>> Read More

Eleven-year-old Jeremy Bahr's favorite song to play on the piano is "Maple Leaf Rag." His brother Matthew, 13, prefers playing the theme song from "Mission Impossible" on his trumpet. "The music is a lot of fun. My teacher picks out songs that are just at my level -- not too hard or too easy," Jeremy said. "If there's a part of a song that I'm struggling with, my teacher shows me how it's done by playing on his own trumpet. He would help me get the rhythm and tempo," Matthew said. "If I'm having a stressful day, playing the trumpet helps me to relax." >>>Read More

According to a 2006 US Gallup Poll, since 2003 there has been a five percent increase in the number of music students between the ages of 18 and 34. Jeff McGill, director of the Music Learning Center in Danbury and manager at Westport Fairfield Piano, has found that statistic to ring true...>>> Read More

Learning Music Together by Jeff McGill

A good musician is someone who says “how can I contribute?” – that’s what music is about. – Yo-Yo Ma

A student who studies a musical instrument develops their overall “musicianship” in several ways during their weekly lesson and....>>>Read More

When my daughter was little, I dreamed of her playing the piano. When she was 7, I hired a piano teacher to come to the house. Sarah hated it, squirmed around, never practiced and eventually the poor teacher had to call it quits. >>>Read more 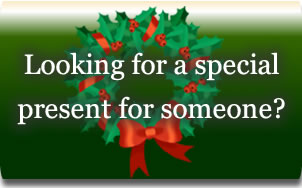 “Morgan has only recently begun to discover her talents in music and the performing arts. While some credit (especially for the flute) is due for her school music and band teachers, the vast majority of the credit goes to her voice teacher Sheila and the Music Learning Center. Sheila has been so wonderful for Morgan, brilliantly balancing nurture, joking and conversation with cajoling, hard work and focus. We are so proud of Morgan, but we are grateful to Sheila and the rest of you for helping Morgan to find and develop her musical talents.”

"My daughter has been taking flute lessons for the past two years at the Music Learning Center. I have been very happy with her progress. Her instructor, Sara Smith, is an excellent teacher and a very nice person. I have also been impressed with the staff at the Music Learning Center. They really care about the students. When Hurricane Irene hit our town, we were without power for several days. During that week, I received a call from Sara Vokes. She knew we lived in a hard hit area and called to see if we needed anything. In addition Renee Harris in the office is on top of things and the office runs very smoothly. I would definitely recommend the Music Learning Center to anyone who is looking for a music school."

"All of our family appreciates you, Claudia, Sara and everyone at the Music Learning Center for the warm support and kind help for Hannah. We truly believe that Hannah couldn't have done it without all of your help. (note: Hannah earned an amazing “perfect score” in her CT Western Regional’s Middle School Band audition.)"

“Amalia and Armand’s appreciation of music will never fade and I know that the lessons learned will be lessons they will have with them for a lifetime. Thank you for all you have done for us and for the love and joy of music that we have learned.”

"Thank you for the work you have done with Holly. In the short time that she has been talking lessons the changes we hear are amazing. She recently had a solo in her concert choir at school and perfor'rned beyond anyone’s expectations, including her own. We are so proud of her and so glad we decided to take lessons at the Music learning Center."

"I just wanted to let you know how much my daughter Samantha enjoyed your summer camp. She was excited to go every day and was very sad when it was over. At the end ofthe week when the class performed for the parents they were so happy about sharing what they had learned! Because of this camp Samantha was so enthused about music she expressed an interest in learning piano and the violin. Your camp has opened Samantha’s eyes to a whole new world that we might not otherwise have pursued. Thank you again."

"I wanted to let you know how wonderful the keyboard band program is. My daughterhas had a great experience with this innovative program and can't wait to continue. It’s been fun and creative as well as a terrific experience for children playing the piano to actually playin a ‘band’. We listen to our C.D’s from the class frequently as well as let friends and family hear, too."